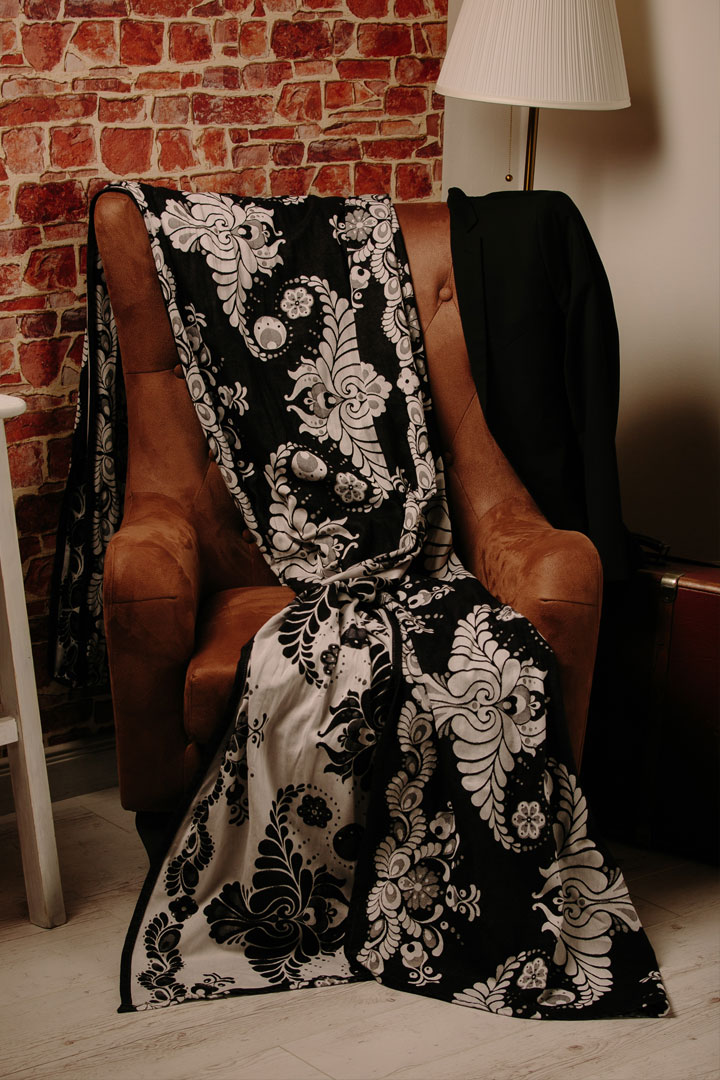 As the embroidered coat serves the wearer, so the baby wearing wrap serves the child. There is a lifetime bond between coat and wearer, as between mother and child. The wrap defends and hugs the baby, as the wing of an angel.

For me the central motif of the pattern is an angel, which hugs our baby with its fluffy wings. Between their wings there is the sun, the moon and the stars, the whole world/universe. Many see angels, eagles, falcons, pheonixes, flowers, princesses, fairies, butterflies, motherhood, birth, or even the mythical dream of Emese in the pattern. It means something different for everybody, this is why it is so special. It gives everyone what they need. Maybe that is the most beautiful part of it.

Unbeknownst to us, we were weaving into the wrap this ancient folk prayer, which finally found us. In old traditions there were 3 angels next to a person: “One who guards, one who teaches, one waiting for my soul.” The angel is often a symbol of the soul, represented as a bird. The complexity contained in the prayer shows in the pattern.