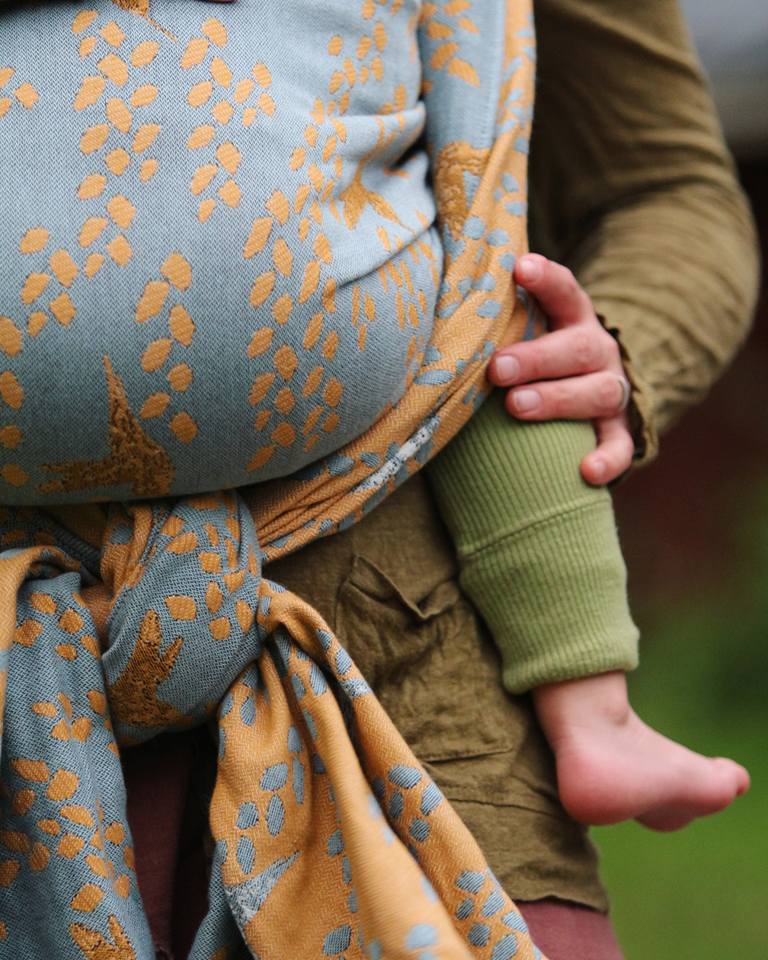 I met John in Québec. At first, John was a fisherman in North Canada. After 15 years, he decided to stop and started gathering fruits. After that, he met Alexandre who offered him a caretaker job in his new school. So John became caretaker at the «Maison des Métiers d’Art de Québec». After a few years, Alexandre needed an expert to develop the Jacquard technique. Again, he chose John who went to Europe to learn. In a couple of years, John became the Jacquard expert in Québec. He now works with the most famous artists and trains future weavers of the country.

John explained to me gently and patiently how Jacquard weaving loom is actually working. He explained to me the technical limits and creative abilities of this kind of loom. This wrap is dedicated to him, as a souvenir of sea spays he used to see everyday. It is also dedicated to anyone who decides one day to take a new road, to start an adventure or to follow his dreams.

We couldn’t decided between two colors, so we offer this wrap in two different versions:

Leora:
larucheleora
facebook
Is there some error in the wrap description? Please tell us!