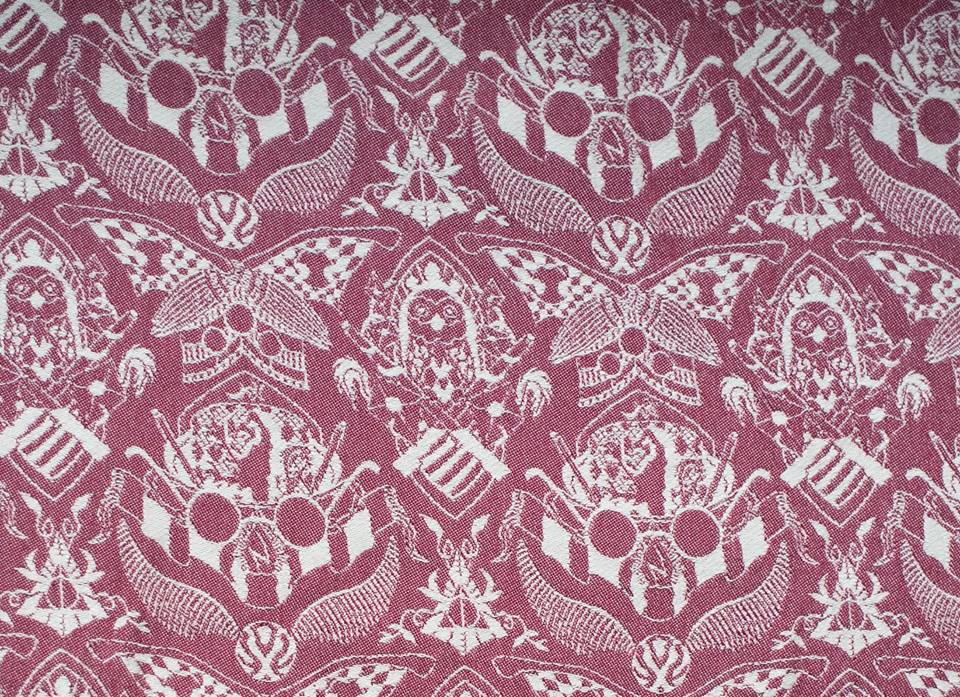 The Boy Who Lived is woven on an ecru warp with a burgundy, Tencel fill. The beautiful shade of burgundy, aptly named Spellbound, was chosen to represent Gryffindor’s house colors.

Inspired by one of our favorite characters, The Boy Who Lived was designed to include all of the details that we love about Harry Potter. This design is comprised of four different elements that pay homage to Harry Potter….Gryffindor House, Harry’s love of Quidditch, Harry’s beloved owl Hedwig, and the Deathly Hallows symbol.

Gryffindor is represented by the house crest and Gryffindor scarf. Harry’s iconic glasses and scar surround them. Quidditch played a big part in Harry’s time at Hogwarts, so we had to pay tribute to it in our design with the quintessential Quidditch goals, brooms, flags and Quaffles. The golden snitch is prominently displayed above the Quidditch design, as it is another iconic representation of Harry. Harry’s beloved owl, Hedwig, has a prominent spot in the design as well and is flanked by wands and Owl Post letters from Hogwarts. Last, but certainly not least, is the intricately adorned Deathly Hallows symbol.

Made and finished in the US